Enable works closely with the Department of Work and Pensions (DWP) to support it in its efforts to help people with disabilities into employment with the Work Choice programme. Work Choice is a voluntary scheme and the nature of support that the individual receives is dependent on the help that they require.

Aaron first came to Enable on the Work Choice Programme in February 2017, after being out of work for over a year. Aaron was assigned Melanie as his Employment Officer who could tell right away that he had an excellent work ethic. Aaron had been working in voluntary positions throughout his period of unemployment, however he had found it difficult to apply for paid work and struggled with the initial communication with employers.

She felt this would be a suitable option as it seemed like a small, family run business that Aaron would fit in with.

They all agreed that Aaron would do a four week placement with weekly progress reviews held between the management staff, Melanie and Aaron. Melanie was able to offer Helen and Bob advice on Aaron’s training and how to support him with his Autism, which they were very receptive of. After his four week work trail, Aaron was thrilled to be offered permanent paid employment there.

Melanie said: “After going back to the Nut Company to see Aaron, it was lovely to see how much more confident and happy he has become and how well he has fitted in with the team.”

Bob said: “Aaron has very quickly settled in and became a popular member of our team.

He displays a great work ethic, is never late and in fact is always one of the first to arrive. He always works hard, when working as part of the team or carrying out a task on his own. We are delighted to see Aaron progress since joining us, developing his skills in the workplace and in his relationships with work colleagues. The only concern I had with Aaron was when interviewing him and I asked what he did outside of work in his spare time, amongst other things he replied that he enjoyed his football and when asked which team he supported he replied Falkirk!” 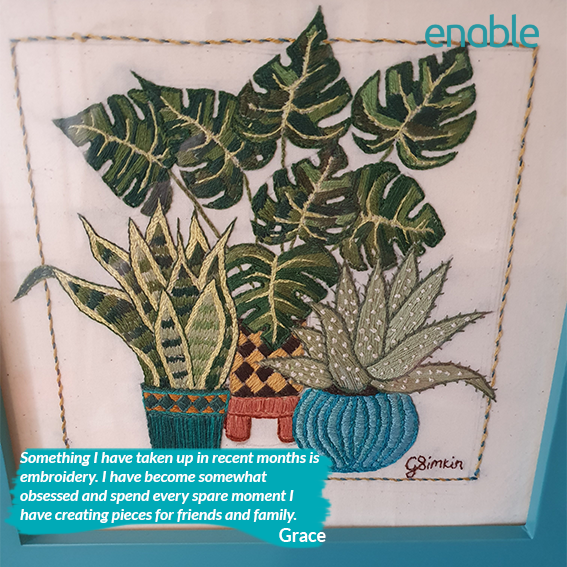