When the first national lockdown was announced, many of us baulked at the idea. Of course it was a vitally important course of action, crucial to the protection of our struggling health service, but the thought of being trapped at home, unable to see loved ones and friends, was horrifying to many people. I don’t think that I was one of those people.

I have always been an introvert. My natural inclination towards isolation, combined with Social Anxiety Disorder, made the idea of time at home not only pleasant but an opportunity for some much-needed mental housekeeping. 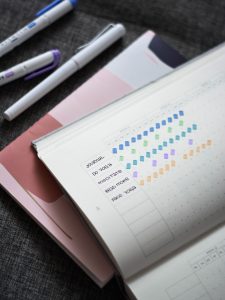 Since the last deterioration in my mental health, I have been making a constant effort to become a functional part of society, both as a productive individual and, to a small extent, a social entity. Not only has this practice been of tremendous benefit to my mental health, it has also improved my quality of life in general. But I would be a liar if I said that it has not at times proven to be extremely hard work.

I suppose that any working process can become physically and emotionally knackering with time, so the opportunity to stay at home, unburdened by the pressure of having to go out in to the world and interact with others, was almost welcomed. If it had not been for the knowledge of so many people struggling throughout the land, many tragically losing their lives, I would have been positively happy with the situation.

However, having been through several declines in my mental health through the years, I know myself well enough to realise that I need some interaction with the outside world in order to stay stable. Life is far easier without the outside world, but that world becomes harder and harder to re-enter as time away from it passes.

Through my interaction with Enable as a client, I was able to obtain a part-time job with a company called IDEA. For the past two-and-a-half years I have been their gardener and odd job/maintenance man and it is a job that I thoroughly love. As soon as we were told that we could return to work, assuming that we were not able to work from home, I began to return to IDEA for my day a week. IDEA are an interior design company with a high level of digital technology, so all their other staff were able to work from home at this time.

Despite the lack of interaction with others, I found that the structure of returning to work, as well as the small interaction with the societal structure, acted as a prop for my mental health and prevented me from slipping in to a possible decline.

All-in-all, I think I was lucky. Not only did I have my family with me, I had a friend to connect with and a job that I was still able to do. I have spoken to some who were far less lucky than me, not only struggling to fill their days but battling depression and mental illness at the same time. I realise that the main focus for the health service right now is the continuing threat of COVID19, but I hope that the mental health services are not sidelined because of it; there are many people out there who need them more than ever.

Having a job isn't just about paying the bills. It gives a sense of purpose and self. By reaching out and accepting our help, Adam has rediscovered himself and is now enjoying life again! 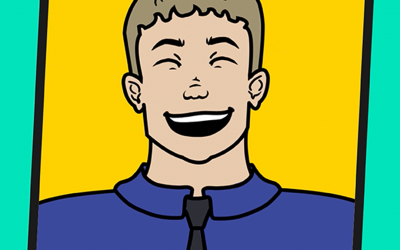 Our sweet and supportive Shelly loves that her role allows her to meet and help new people every day. https://t.co/lixWDUaZ2G
View on Twitter
0
0