Since beginning his placement at Little Gem FX in July 2018, James has been supported by his Job Coaches Lauren and Jez who have been helping him with a variety of tasks. James has been sanding down dance floor panels to remove the scuffs and he then buffers them to make them shine again, he also works in the workshop area and is responsible for keeping the area clean and tidy. James is also sometimes responsible for the photo booth which has involves him transferring pictures and emailing them to the customers. He has also been lucky enough to work on the creation of an LED tree with baubles. James’s role involves him going up and down the county, helping to set up dancefloors and LED lights and products in different hotels for various events.

“I am delighted to see this conscientious young man constantly deliver a high standard of work and he always applies himself to every task asked of him.”

James’s Job Coaches have been delighted with his progress and his ability to adapt to change and everyone is looking forward to seeing James continuing to build his confidence in the role. 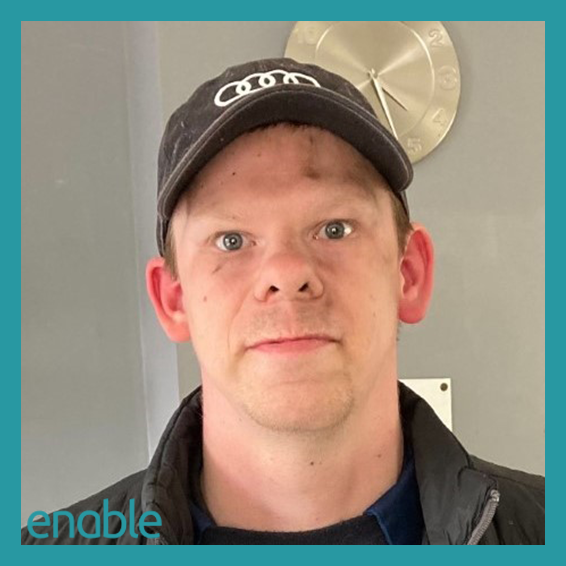