A celebration for Wolverhampton supported interns! 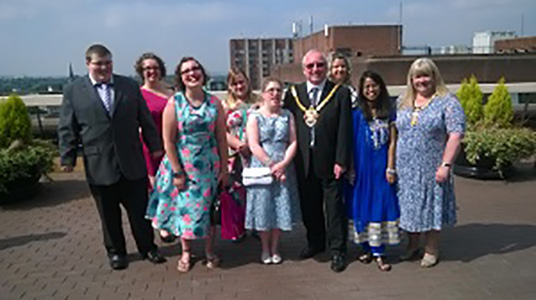 Today was a fantastic day for our Wolverhampton Supported Interns who all attended a celebration with the Mayor – organised by Nova – for their graduation.

The Mayor and Mayoress were both in attendance, as well as various other dignitaries from the Local Authority alongside employers, the Interns and their families.

The day was a celebration of the Intern’s achievements throughout the programme both in the field of work and academically.

There were speeches from Nova, Tom Denham from the local authority, Sandy Lisle from SEND alongside the Interns themselves and some of their families. All communications about the programme were highly positive – particularly by respective families who stated the importance and significance of Supported Internships and the undeniable impact it has had on both the student’s life and that of their families.

It was a fantastic day all round, with lots of celebrations and good news stories for each of the students.

10 wonderful ways parents can benefit from the Step Up Programme

Phoebe became more secure in herself by learning the ropes in her supported internship and is now confident in her part time job in WHSmith!!! Congratulations Phoebe!! https://t.co/3Yn9c5djqs
View on Twitter
0
0