My name is Joe. I am autistic. This is my story. 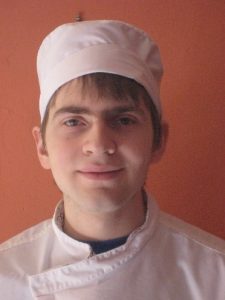 I love cooking and decided when I was sixteen that I wanted to be a chef. I went to SCAT to do a catering course. From the start my favourite chef has been Jamie Oliver. I have cooked very many of his recipes, including every single recipe in one his books!

After leaving SCAT, ‘Access to Work’ looked with me for jobs. I got a job in a café in the Riverside Shopping Centre for a few months making soup and sandwiches. The two ladies who owned it were kind to me, but I found understanding instructions difficult and struggled. I was passed on by ‘Access to Work’ to ‘Enable’ which was a really good thing.

For a few years now, Enable has been supporting me in preparing for work and then finding it. They have looked with me for jobs that suit my skills and have found several work placements for me, mostly in catering. Some were for a short time e.g. bottling onions, whilst others were a lot longer; even months. I worked on a placement at CSONS for a few weeks and later one day a week at 1403 Battlefield Farm Café. It meant a lot to me to work in such high-quality food places as I didn’t want to work in fast food. The environment would have been too stressful.  I also prefer really good food! Enable came in to check that I was okay and to talk to staff. They gave staff ideas on how to best ask me to do things. I learnt a lot from this too. The jobs were nearly all voluntary ones, but I have learnt that voluntary work is still work. I wouldn’t have made much progress without those experiences.

Not all my experiences were good ones. Staff at two different paid jobs in Telford seemed to think that because I had communication difficulties I was not capable of doing even simple cooking tasks. They didn’t liaise very well with Enable and deal with the minor problems that happened. It is so important to find employers who are supportive and willing to give you a chance. When this happens, they can be surprised by how well people on the autistic spectrum can work and how reliable we are. The worst treatment was being given a job by a restaurant in Shrewsbury which was great but I turned up with my Enable case officer for my first day at work to find the chef wasn’t there and the owners had decided not to employ me after all! I have to be strong in my mind when this sort of thing happens. Even though I am very disappointed, I know I have to stay positive, keep going and never give up.

A couple of years ago, I was referred to Mytton Oak Community Unit at the Royal Shrewsbury Hospital for help with communication and social skills. I had been very nervous talking to people and spending time with others. At the time I had no real friends and had lost touch with people I knew from school. I just mixed with family members. I suffered badly from anxiety. I met the speech therapist Katie and a social worker for weekly sessions. What I learned from them has helped me to cope with a lot of my nervousness especially at work.

At about the same time, I decided to go to the ‘Autism Hub’ at Louise House every Thursday. I met some old school friends and it helped me to gain confidence being around other people. I have made new friends there too and my communication has improved. Through the Hub I was given the chance to do a music course at the Hive. I started to learn to play the guitar and as a group we all practised together and eventually performed a few songs to an audience. It was fun and helped me to practice my talking and social skills.

In autumn 2019, I was offered paid work at Zizzi restaurant in Shrewsbury. The day I started I got a message of support from my hero Jamie Oliver himself! A friend of mine had let him know that I was about to start work and he sent me a message on twitter. I was very proud. Zizzi is a very good place to work because the staff are friendly and supportive. Zizzi is also very well organised and they provide good training both online and at work. I was given the chance to prepare various dishes including pizzas, desserts, salads and pasta. It’s great that I was treated as a full member of staff. I also went out on a social event with the staff which was fun and made me feel that I belonged to a team. At the beginning of my contract Enable provided a job coach to work with me and Zizzi so that everything went smoothly. Enable’s support was there for whenever the need arose.

The Coronovirus pandemic meant that Zizzi closed like all restaurants. I was kept on as a member of staff. I hoped that we could start going back to work as I missed it and the people I worked with. Meanwhile, I cooked meals for my family and tried to stay in touch with friends using social media. I still enjoyed volunteering as I have one morning a week for three years at foodbank PLUS, as part of the Shrewsbury Foodbank team at Barnabas Church. Karen our leader is very kind and I have met another group of people there. At the moment, we all wear plastic visors and gloves and keep our social distance. The work we do there is more important than ever.

I have now heard that Zizzi will not be re-opening in Shrewsbury due to the difficulties COVID-19 has caused for the company. So, I have lost a job I really liked and was doing well at. I don’t know what the future holds for me. I do know that I have been through good times and bad times and have got stronger mentally, socially and with my work skills. I know that there are good people out there happy to give me a chance to do my best. My biggest supporters have been my family, my friends, and Enable who have been brilliant for me. This is my story so far…

We first met Joe in 2018. He came into our café bringing his CV and asking about placement opportunities. We were struck by his drive and confidence to come in on his own and approach us despite his communication difficulties.

He took up a role in the café where he showed that his skills in the kitchen were in place, but social interaction was still difficult, especially when there was stress involved. We encouraged him to come to the Autism Hub weekly and he was keen to be involved with many of the sessions we offered. We watched him rebuild friendships from school and make new ones. Throughout this time, we saw his speech improve, his confidence grow, and his understanding of himself and his autism develop.

There were highlights – like taking part in drama role play sessions and standing up in front of the whole group and playing charades; and the elation the day he told us he had got the job at Zizzis.

We hope that the work we did exploring coping strategies and around mental health will mean that he is resilient to things that may change as his life develops.

Comments to add to Joe’s story:

Working with Joe was sometimes frustrating as there were obvious issues with communication, however once we got through the initial issues and made sure we went through all tasks step by step Joe became an extremely useful and fun member of the team. He is a good chef and deserves all the success in the world. I know he has had to work much harder than most to achieve his goals. Keep up the good work mate!

It was great having him at Battlefield and I’m proud that we had a small part in Joe’s progress.

Joe has been with foodbank PLUS, as part of the Shrewsbury Foodbank team for just over a couple of years now. He has established himself as an integral part of the team and is well liked. It has been a joy to see Joe flourish, deal with difficulties well, learn from his team and overcome any issues he has. This was demonstrated clearly recently when we had to make drastic changes to our procedures due to social distancing. Although the significant changes to location and procedures were difficult for Joe initially he overcame these and adapted much more quickly than he would have, I believe, when he first started with us. Joe takes his role seriously and is a very welcome part of our team.

Joe referred himself to the Shropshire and Telford & Wrekin Community Learning Disability Team in 2017, with support from his family, for help around communicating in work environments and social situations.  Initially Joe attended a speech and language assessment session looking at his communication strengths and to see how the team could support him. He was also referred to psychology for support around anxiety, social anxiety in particular. Therapy for Joe consisted of joint sessions with speech and language therapy and psychology focussing on techniques to help reduce anxiety and also social skills. He was provided opportunities with the sessions to practice these skills and techniques and was also given small tasks between sessions to practice.

The speech and language therapist also worked alongside Enable and provided advice to future employees on how best to support Joe in terms of communication and also attended a job trial to help them implement this advice.

Joe was provided with contacts of social opportunities such as sports clubs and self help social groups and encouraged to attend. He started to attend activities provided by the Autism Hub in Shrewsbury. This provided him with a safe place to practice his skills and techniques. Making progress with these skills has very much been dependent on Joe’s own motivation to push himself out of his comfort zone and gain confidence in interacting with people. Joe has worked well with a supportive team around him and has over come many setbacks to get to where he is today. We as the community learning disability team wish him every success in the future and it is wonderful to hear how well he is doing. 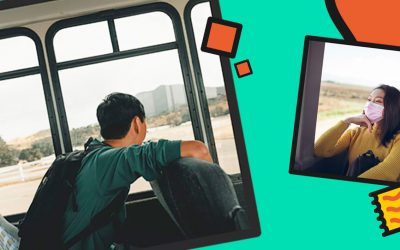 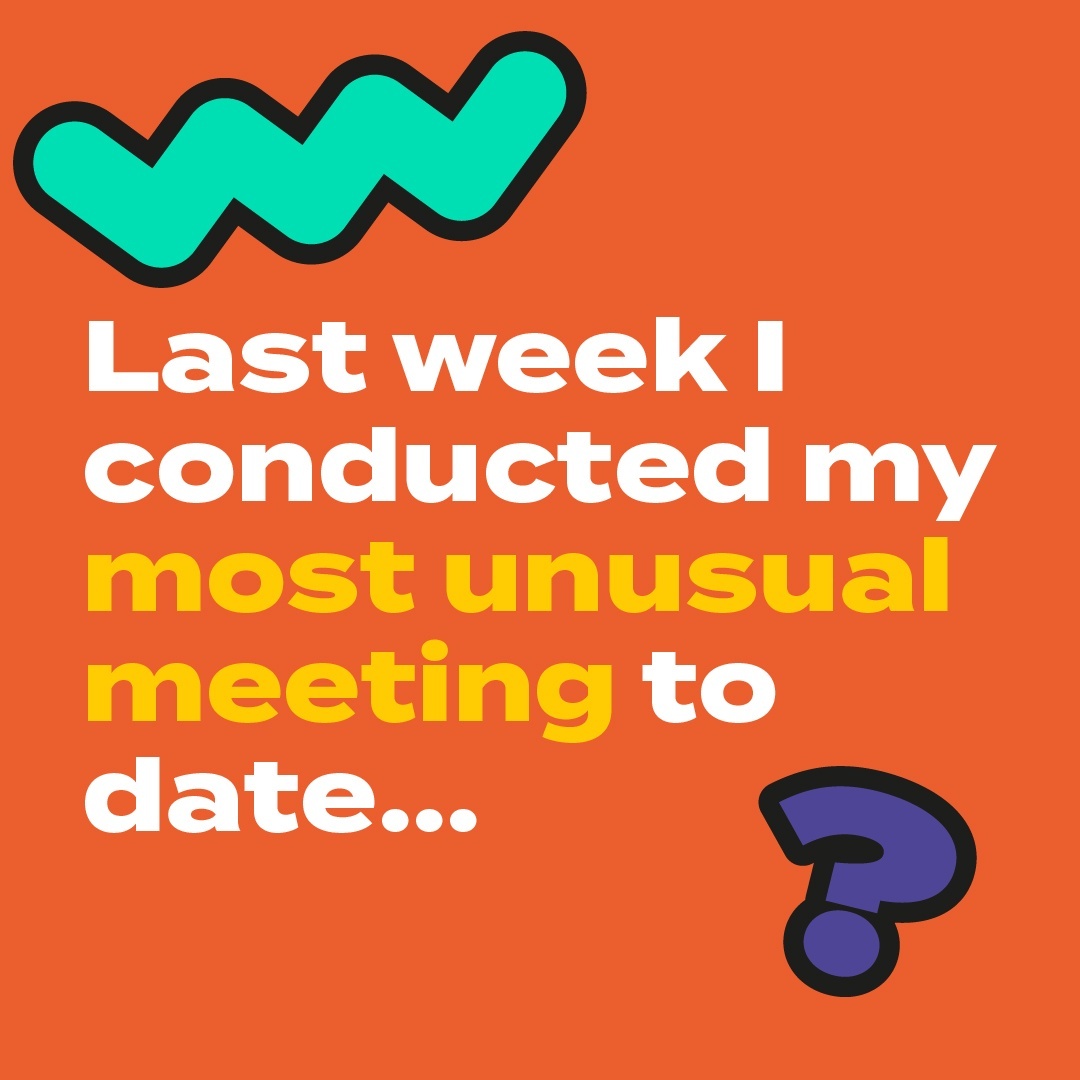